In anticipation of a major 2011 effort to map the extent of this invasive species using synthetic aperture radar (SAR), an ambitious ground data survey of the region was conducted by Michigan Tech Research Institute (MTRI) scientists in the summer of 2010. Eventually, this information will be incorporated into a decision support system and other online tools available to researchers, managers, decision makers, and the public. 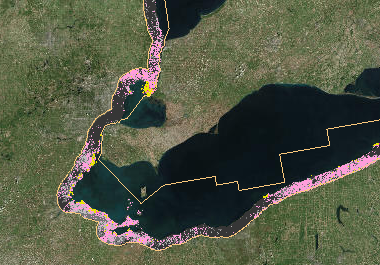 Cladophora, a nuisance, native green alga that grows attached to solid substrate in all of the Laurentian Great Lakes, has recently expanded in extent. MTRI developed an algorithm to map Cladophora and other submerged aquatic vegetation on the bottom of Lake Michigan; this map allows the user to view and interact with this data. 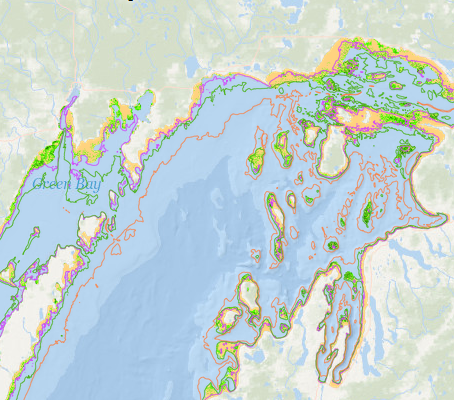 This map enables the user to view various remote sensing-derived products available from MTRI, including lake surface temperature, harmful algal bloom danger level, dissolved carbon, and more. The user can also filter map layers based on keywords or categories, and can measure distances and areas within the map. 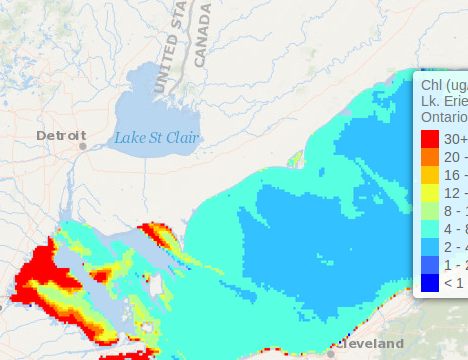 This map is similar to the Water Chemistry map; however, it focuses primarily on chlorophyll, colored dissolved organic matter, photic zone depth, suspended minerals, and KPAR. It is restricted to the upper three great lakes (Michigan, Superior, and Huron). 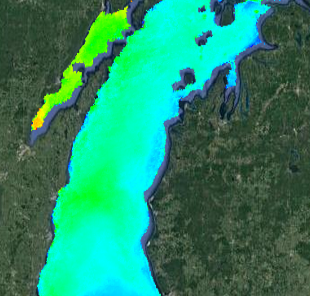 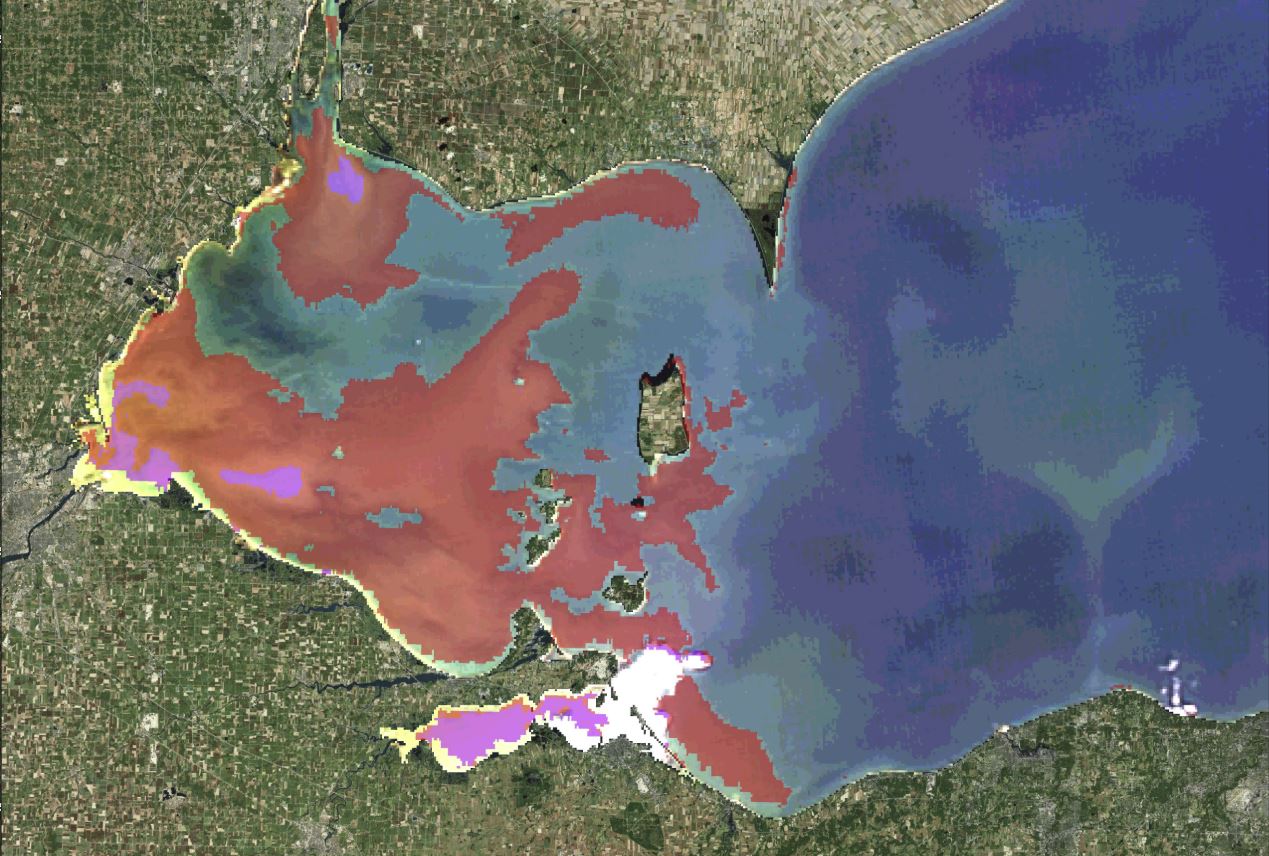